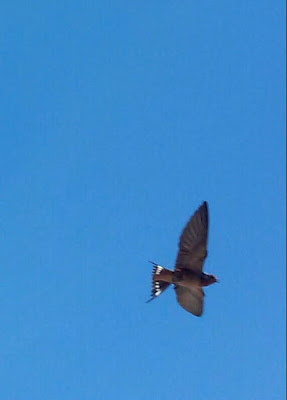 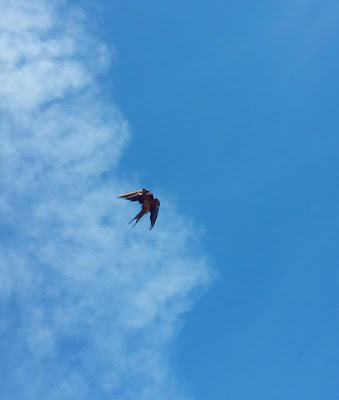 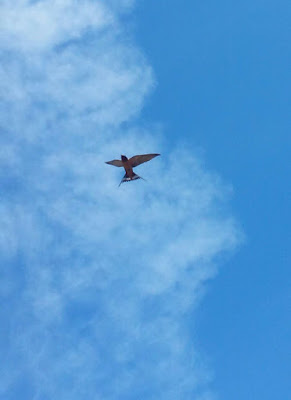 So beautiful seeing a bird fly in the blue skies and a little bit of clouds in the background.
Whether you're in a vacation somewhere or just happen to be sitting on your balcony enjoying a cold drink and watching the blue skies and a bird or birds fly about, it's so much more refreshing.
Nature is art and if you like either, it's hard to separate.
Email ThisBlogThis!Share to TwitterShare to FacebookShare to Pinterest

The story is really sad and not to forget that Katherine Chappell had so much love for wildlife and that's why she went to the lion park, to begin with. In situations like this where such a horrible tragedy happens, it does bring a lot of questions as to why it happened.


Some questions bring legitimate concerns while others might just be finding something to blame.I was watching this story on the news and I thought to myself, you know two things happened here that led to someone losing their life.

Who's to blame because obviously many people make mistakes and we continuously see tourists in African game parks breaking rules at even much larger magnitudes than just rolling the window down.

Certainly, I don't believe it was her fault and I don't think it's the lioness's fault either, everything seemed to have gone wrong at the time it did.

Just to exclude this story for a minute and focus on some very unruly tourists that get out of cars in game parks and really almost harass wildlife and personally those are the kind of people that I believe should face some severe punishment.

On the other hand, a lion's curiosity never leads to a good outcome. Their survival in the wild depends on taking down prey or competition and they have adapted that way for generations.

Semi-taming lions which I believe is what this park does probably has benefits like some good zoos of educating people and creating awareness but also brings along some really dangerous situations.

Naturally in the wild, lions do not associate humans with food or competition and in this case, they do, because they get fed by humans on a daily basis. In most cases in the wild, lions really don't bother humans and if more focus is directed at their conservation in the wild, which is where they belong, tragedies like this will be very rare.