Originally from Ethiopia and Kenya this breed of cattle is a surviving machine in some of the most harsh environments in Africa and can literally live on little grass and supplement its diet by browsing on locally available vegetation.

Most ranchers in East and South Africa have come to really respect this breed for having some of the best qualities in cattle like their ability to grow fast,disease and drought resistance compared to most local breeds and the quality of beef it produces is excellent. 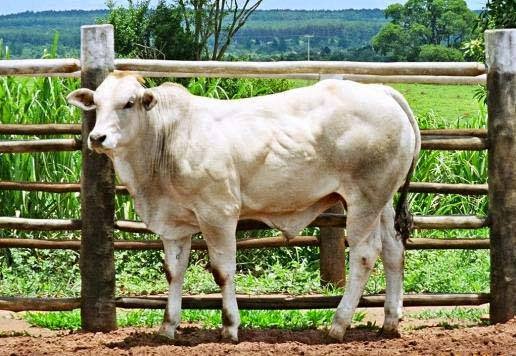 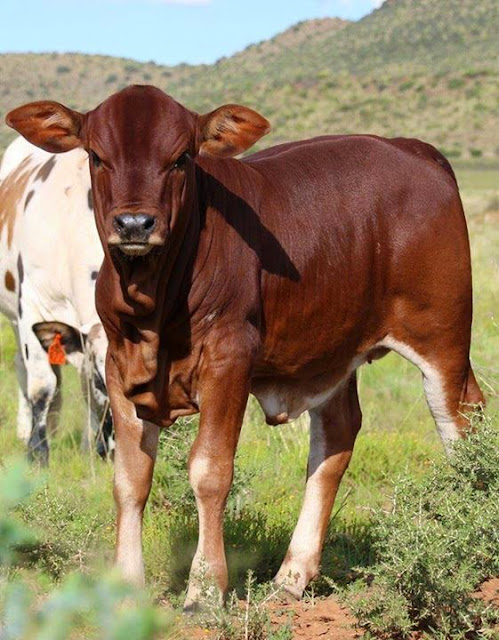 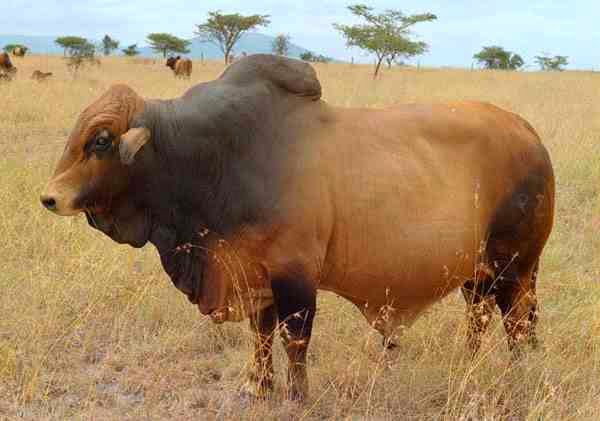 Email ThisBlogThis!Share to TwitterShare to FacebookShare to Pinterest
Labels: Animals

Rib-eye steak is one of the best steaks you can ever grill and what makes it really great for grilling is the fat rings that make the steak appear pink as you can see in the photo below and the flavor that those fat rings create in the grilling process.

If you can't find a ribeye for grilling, you could also check for prime rib and cut it to portions or a cheap option could be the top sirloin which has a good amount of fat in it as well and flavorful,but what you do not want to get for grilling is any dark red meats like the chuck steak which gets really tough and the flavor isn't the best unless used as stew meat or roast.http://healthyeating.sfgate.com/health-benefits-rib-eye-steaks-4413.html 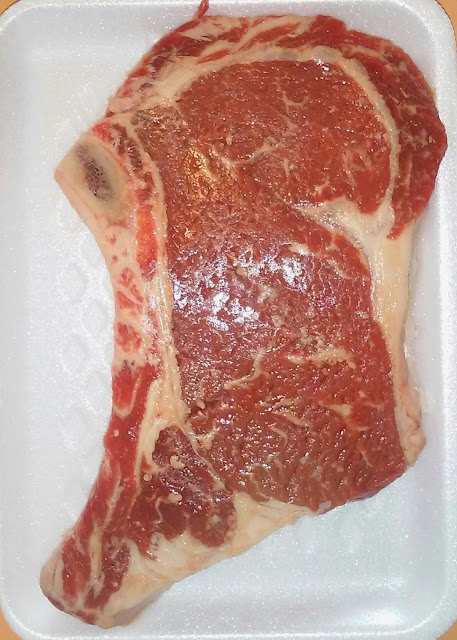 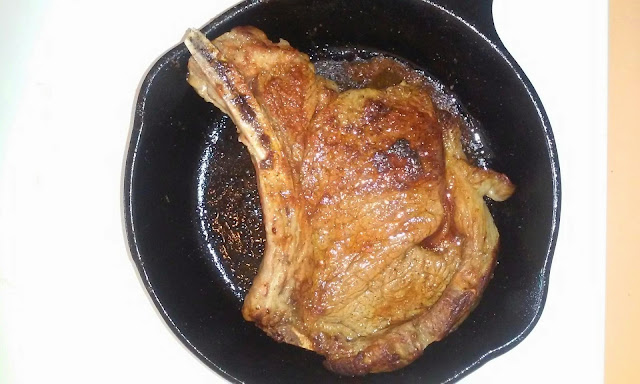 Email ThisBlogThis!Share to TwitterShare to FacebookShare to Pinterest
Labels: Recipe

Visit the link below to learn how you could help Maasai people around the Mara.

Visit the link below to learn how you could help Maasai people around the Mara.

http://www.naretoiangcbo.org/
Email ThisBlogThis!Share to TwitterShare to FacebookShare to Pinterest

Preparation:
-Break an egg for each couple of slices of bread.
-In a bowl for each egg add about 3 table spoons of milk and stir the mixture well.
-Depending on how much you would like to make I will say about a drop of vanilla extract for at least 4 eggs.
-Stir the mixture and add half a tsp of both cinnamon and nutmeg if needed.
-Take a slice of bread and dip it in the mixture and make sure both sides are covered then transfer it to an oiled hot flat grill or pan.
-Make sure to avoid turning each side too soon while still sticky coz that can ruin the toast, wait till its brown and then do the same for the other side and there you have it!
-Serve it as is or you can sprinkle powdered sugar and add syrup if you like.

Note:Would rather use oil than melted butter because butter has water content in it and so i try to avoid a situation where the french toast first absorbs the water in the butter and can easily stick in the process as you might have to constantly add more butter and secondly i always use less milk to make it less soggy while you dip the bread in it as well as making the toast crisp faster. 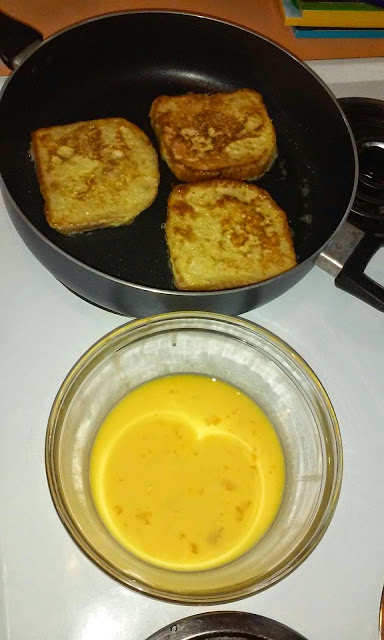 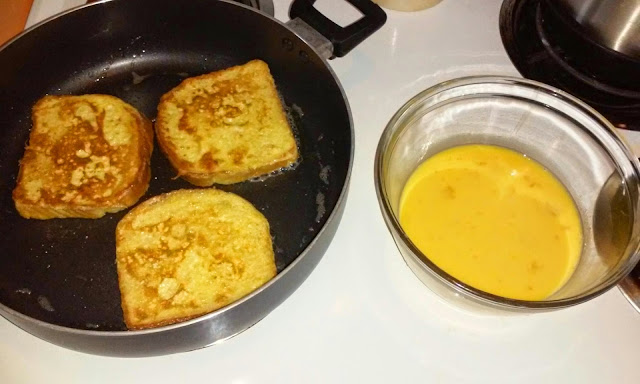 Email ThisBlogThis!Share to TwitterShare to FacebookShare to Pinterest
Labels: Recipe

2015,Not A Good Start for Lion Conservation!

While I had hoped to usher in the new year with a beautiful photo of the Serengeti, instead we are reporting on the killing of six lions outside of Tarangire National Park. Two of our Serengeti Watch team members happened onto the Maasai village where there was much chaos going on. When our team inquired it was learned that 6 lions had wandered out of Tarangire into a Maasai village and they were immediately killed. When one of our team went to the headquarters of the park to report it - he was told they already knew but had no intention of doing anything since the animals were outside of the park.

At the same time as I was getting the report from our team another team member pointed out that the following was posted on the TANZANIA FOR WILDLIFE page:

"New Years Day, Started with a SMS from my chair lady (TATO Conservation) Vesna Glamocanin Tibaijuka :informing me that Peter Lindstrom s Maasai Watchmen have told him about the Lion Killings that took place yesterday in Lake Burunge Area. Followed it up and the sad news is that 7 Lions have been killed related to Human/Wildlife conflict Area Lake Burunge
I have called a friend who works with Big Life in Sinya to get hold of the Chief Ranger in Burunge but could up date me on this issue Could not get hold of him but got his assistant and he has confirmed that 7 lions have been Killed by Maasai".

OP ED
So not only is Africa's wildlife threatened by cartel based mass poaching - but - also human/wildlife conflict. This will be something that the new president when elected in Tanzania in October will have to address. Humans living up to, and by some reports IN national parks is a huge problem which pushes the animals into contact with humans thus causing conflicts - whether it is a herder that has lost a cow - or a farmer that has had his crops trampled by elephants. Animals need protected corridors around the park so that humans are not living right up to the edges. Recently 7 lions were poisoned outside of the Serengeti.

Population BoomThe habitat wisely set aside for protection at independence was done when the population of Tanzania was only about 10 million people. Now the population is pushing 43 million, Should Tanzania's current population growth projection remain intact, the country's population will hit 51 million in 2016 straining the provision of basic services, new data shows.
By definition, protected areas restrict access by people, while protecting wildlife. It is easy to see why these areas are now under threat – human population increasingly restricts wildlife habitat, and human needs put pressure on the government to justify the existence of protected areas.
We do not have a photo from this incident yet - the photo posted is from the 7 lions that were poisoned outside the Serengeti in early December.

We will report more information as soon as we have it and may issue a call to action for our fans. Keep tuned.
PHOTO CREDIT
Poisoned Lion:
Citizen article: PHOTO | ANTHONY MAYUNGA