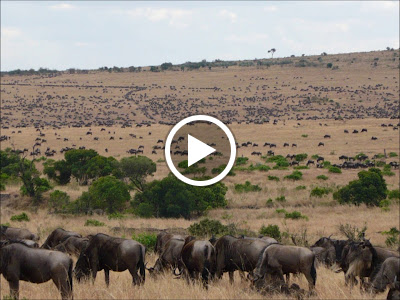 Every year for around three months the Mara becomes a host to the largest
population of wild animals on the planet,

starting around July and ending around September which is the approximate
time when they head back to the Serengeti.

The scene that approximately two million herbivores create on the African
savannah is nothing short of spectacular and sometimes its better to
see it to believe it.

The best time to visit the Mara if you would like to experience the migration,
definitely would be around August and September.